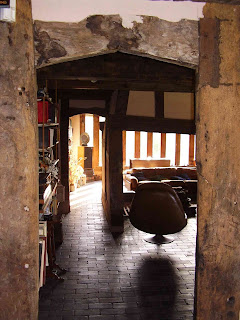 During the winter the The Old Medicine House hums to a different tune.  It gathers itself and is still.  Now we take the opportunity to show The Blackden Trust to the wider community and to make links with others who share our concerns.  Over this weekend we can be found at the Alderley Edge Methodist Church Christmas Tree Festival. 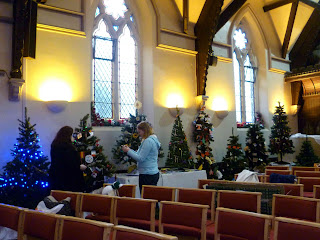 When the festival is opened on 2nd December, the church will be filled with sixty trees; each one decorated by a local organisation or business or charity.  The festival is one of the many events the church runs to raise funds to restore its steeple. 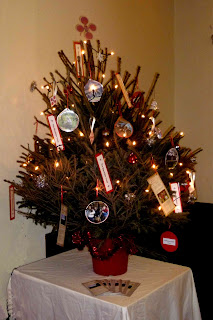 The Blackden Trust tree is decorated with baubles of images of events that have taken place over the last few years.  If you look closely at the one on low down in the middle, you might just make out Alan Garner playing a drum.  The caption we gave to this image was ‘Playing loud music’; something he enjoys doing.

Last year, when Alan opened the festival, he read the passage from The Aimer Gate, where ten-year old Robert climbs up inside the steeple, right up to the top and wears the steeple like a hat.   The church is present in all four stories in The Stone Book Quartet, which is a fictionalised biography of one day in the life of a child in four generations of Alan’s family.  Those stories reflect the importance the church had for the family, and in particular for Alan’s grandfather, who wound the church clock for over fifty years.
The iron bars inserted in the steeple to hold it together, and that Robert climbed up to get to the top, were the cause of the damage and hence the need to rebuild it. 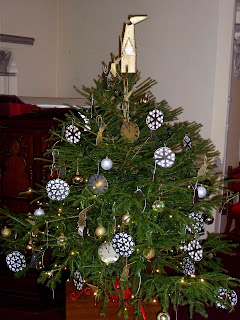 The Alderley Edge Methodist Church tree is decorated with images of the rose window and the clock that Alan's grandfather wound up every week for so much of his life.  It is topped by a model of a broken steeple; a symbol of the urgency of the work needed to restore the church. 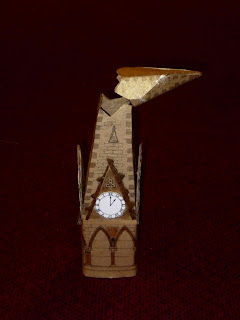 We are gratified that The Blackden Trust, co-founded by Alan Garner, is included in the community that reared him and that the Alderley Edge Methodist Church serves.
The tree safely decorated, I drove home, but when I turned onto the track up to the house, I stopped the car and tiptoed out; camera primed and poised to catch a sight I have never seen before in Blackden. 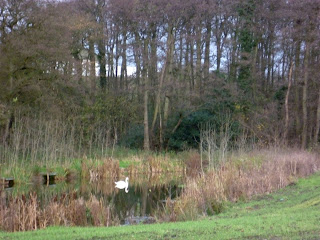 POSTSCRIPT
There was a quiz at the Festival, where the Bonus Question was, ‘Look carefully, can you name the famous drummer on The Blackden Trust tree?’  A trick question, I thought, but actually answerable by anybody who read the leaflets I’d left under the tree. 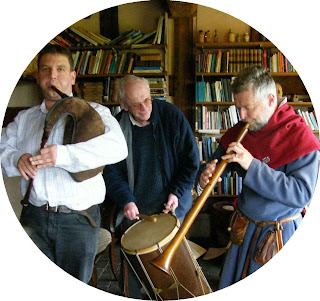