The Rescue of the Old Medicine House 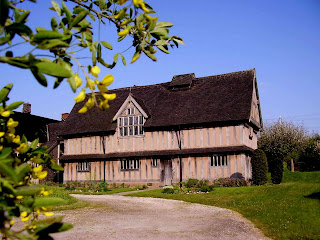 This is the Old Medicine House you see when you drive into the garden now, but in 1970 the view from the road was less attractive. 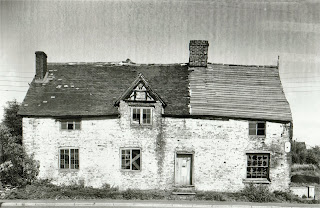 It was a Grade II listed building; acknowledged by the leading timber-frame authority of the day to be important because it was basically unaltered since it was built, with substantial original timbering, including a rare timber-framed chimney. But no public body or museum of buildings wanted to take on the responsibility, or the cost, of restoring it.  So in October1970 a demolition order was placed on it. 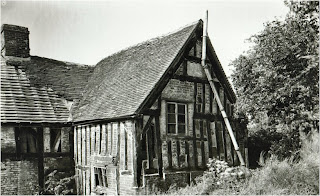 This might have been a realistic decision if just practical and financial difficulties were being considered. 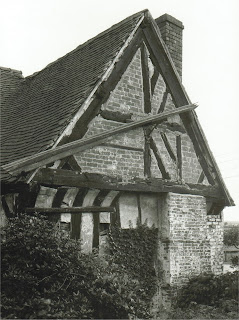 However, having lived in an ancient timber-framed house, we could see that underneath the dirt and superficial accretions there was a beautiful house that needed saving.  So, ignoring all wise and sensible advice, that is what we did.
We began to take it down, using a tripod and a pulley. 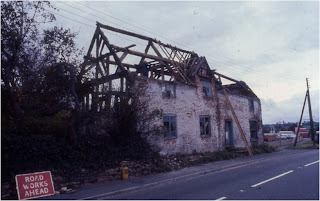 And very early the house began to show us its beauties.


Diary entry for October 28th 1970
Very wet: slowed work a little, but all tiles off & into skip. Frame magnificent, but greasy to climb in.
Wall painting found. 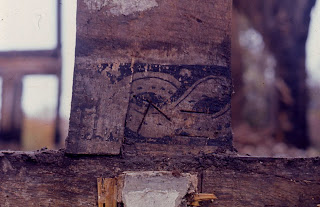 Posted by The Blackden Trust at 10:02